A downloadable visual novel for Windows, macOS, and Linux

One Spirit is a coming-of-age visual novel set in an alternate timeline where the Cold War drags on into the 21st century. Exploring various political, cultural, and philosophical themes, the game presents an engaging, thought-provoking thriller through the eyes of its everyday characters, their struggles, and hopes.

In 2003, the Iron Curtain stands tall. The superpowers of the new age wage a silent war through the means of information, economy, culture, and proxy. While the Cold War slows to a crawl, the Republic of Sysica, a satellite state in Eastern Europe, finds itself on the verge of political death as violence, misery, and war loom over its head.

One Spirit follows Yuri Danilin, an 18-year-old young man disenchanted with life, as he returns to his modest hometown in  Nevilyovsk, Eastern Sysica. Having failed in his studies at the capital, he reunites with his sister knowing their time apart has changed both permanently. When news of a known local activist disappearing spread through the town, Yuri soon finds himself at the center of a downward spiral of violence.

Extract using your preferred zipping tool and run OneSpirit.exe in the main directory.

Use the 32-bit version if needed.

We suggest running the game on full-screen mode in any case. We also suggest viewing this page on desktop.

Mac users should be aware their available version is currently in beta. They must also ensure their OS allows non-certified applications in their security settings.

I've really loved this prologue, and i'm excited for the game to be out! Awesome worldbuilding, interesting characters and unique and beautiful artstyle to say the least. I'm not really a great fan of Visual Novels, but this proyect actually catched my eye.

I can't think of any other way to start my review than pointing out OSP's unique artstyle choice. The choice to have both its character and background designs resemble traditional drawing techniques feels like a breath of fresh air, and it's bound to give the game a chance to stand out among its peers.

And it's not like the storytelling falls behind either: I'll admit I've had a peak or two at the full script, but that hasn't stopped the demo from leaving me wanting to see it all unfold in a VN format.

Great work, and best of luck!

I really enjoyed the overall artstyle and writing. Author definitely has major skills and knows how to utilize them to their best.

I thoroughly enjoyed the way that plot develops (no spoilers!), and how protagonist is essentially being pushed by the bigger scheme of things to make difficult choices.

Very glad to hear you enjoyed our little thing! Don't forget the Discord community server is around if you want to tag along. Following on itch.io also keeps you up to date. Also: 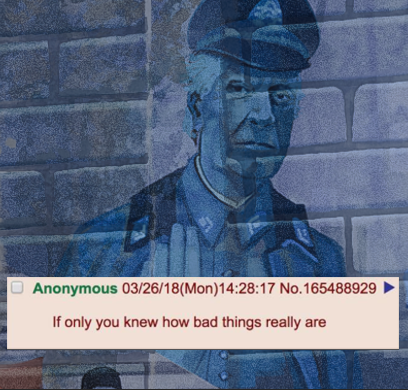 Great worldbuilding, excellent artwork, and a carefully crafted game design. It's difficult to believe this is a first project and not an AAA game. We can expect great things from the full game!

Thank you. We've made the best use we could of 3D lighting and texture bases to have painting follow neatly after them.

I have been following One Spirit for a while and thoroughly enjoyed playing your demo. Included are my thoughts on different aspects of the game.

The game tells it's story through compact verses that are fired at the player in rapid succession. I felt like the writing was carefully composed, in the sense that each short poetic sentence would be able to convey a lot of meaning and underlying tension through it's few words. The staccato writing forms a contrast with the meandering, melancholy musical score. While the music has a tendency to lull you into a melancholic slumber, the writing works like a hammer, constantly keeping you awake and diverting the player's attention on the game. In general I found this an energizing contrast that worked well. (There were times that the succession of short lines was a bit much and could have been interlaced with slightly longer lines for more variety, though this would be detrimental to the style.)

Both the background art and character art in itself is very beautiful and in stylistic harmony with the game in and of itself. It shines however in the way it provides an additional level of depth to the gaming experience through it's detail. The greatest piece I'd say is the soviet realist mural, which engulfs the player in a deluge of clues and background history. This is using game art at it's finest and I have difficulty recalling similar experiences in other artforms (and other video games, for that matter.)

By clicking a detail you could get additional background info. In general this worked well, though at times it took away part of the mystery. The great thing about the background art, for me, was how it provided all kinds of layers and possible hints about the further progress of the game. Providing too much answers in the infoboxes could diminish this sense of foreboding.

Music was very good and complimented the atmosphere of the game. At time I felt that more could be done with sound effects.

Philosphically I am interested to see where this story will go. The most masterfully incorporated theme I took from the game was the relation between repetition (recurrence) and life. This is a motive that is included both in the game art (repetitive housing), the story (eg: lada's guitar playing, which never repeats itself) and in the narrator text (alluding to Nietzsche and Benjamin). Besides this I think character building and world-building were very strong. In a relatively short demo you were able to create a real and immersive world that implores the player want to delve further.

I am excited about One Spirit as it manages to take the medium of game in an artistic direction that I have not often encountered. Music, text and visuals interact in a layered and at times dissonant way to create a real and at times chilling world.